I’m going to let you in on a little secret. Some of you might already know this, but I suspect many of you don’t. I used to work at a big box electronic store. I won’t say the name of the company, but I will say that they are known for their best buys.

Before I had occasion to work there, I remember going to the store on Black Friday.  I wasn’t shopping for anything in particular that year, but I did inquire about the $299.00 75-inch television that I remembered seeing in the sales paper (yes this was before everyone found sales online).

The salesperson very apologetically told me that all of the 75-inch televisions were sold as soon as the store opened. However, he was happy to show me one of their $2,000.00 75-inch televisions that were, of course, much nicer. I remember from time to time I would hear stories from people who had the same experience. Some people even raced through their Thanksgiving dinners on Thursday night so that they could go and stand in line overnight just for the opportunity to get one of these fantastic deals. I have never met anyone who actually got one of these fantastic deals. It wasn’t until I worked there that I understood why.

Once I became a member of the blue shirts, I realized that those fantastic deals did actually exist with a little twist. The store put those deals in the sales paper, but out of the 20 stores in the area they would only have one or two of these televisions. Not one or two in each store, one or two in the area. They used this deal in the paper as bait to lure you into the store, but once you’re there they would switch you to another purchase. This tactic is even appropriately named “bait and switch”.

Some of you might be thinking that is a very unscrupulous sales tactic that should be illegal. In some cases it is. On the other hand some of you might be thinking that if it sounds too good to be true, then it probably is. You don’t need to be an electronics expert to think to yourself how good could a 75-inch television be if it’s only $299.00?  Some people won’t care about the quality, because the price is just too good to pass up. Most people would think that you are gullible to fall for such an obvious ruse, but stores do it each and every year and it continues to bring in the suckers. People walk in looking for the $300.00 75-inch television, but they leave with the $1,000.00 55-inch one.

Which brings us to Donald Trump, the great deal maker and business genius, and Covid-19. Specifically, this brings us to masks. If you’ve paid attention during our shared crisis, you’ve heard the buzzword PPE. This abbreviation stands for Personal Protective Equipment. For the purposes of our conversation this includes gowns, scrubs, face shields, and masks.

You’ve probably heard about the N95 mask. This mask is very specific. A regular surgical mask is a flat piece of material that folds across your face. The N95 mask conforms to your face. It is designed to form a seal around your nose and mouth so that more airborne particles are filtered so that you don’t breath them in and get sick. You can also identify the N95 mask by the metal clip that you can pinch around your nose for an even tighter fit. 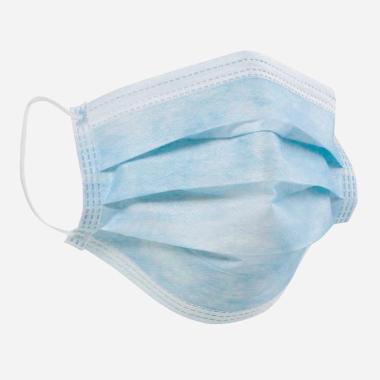 If you buy the “tissue” version of these masks, they are very inexpensive. A quick search in Amazon reveals that you can buy a pack of 50 for $34.99. That is a unit price of .69 cents per mask. The price for these masks like anything goes down the more you buy. If you paid .69 cents for 50, then how much should you pay for one million?  Maybe half as much. Right?

So the Trump Administration entered into a contract with a company called Panthera Worldwide for an order of ten million N95 masks. Remember Trump is the great deal maker and negotiator. He was elected because he promised to use his superlative deal making skills to benefit the people of the United States. Surely he will be able to get a better price than the $6.9 million dollars that either you or I could get on Amazon.

So how much did Panthera Worldwide invoice the United States federal government for the order of ten million N95 masks? $55 million dollars. I checked my math on my calculator a couple of times to make sure I wasn’t making a mistake. That is a unit price of $5.50 per mask. That’s a 700% mark up on the original price.  This happened with several companies.

Adding insult to injury many of these companies couldn’t even fill the orders. Jared Kushner, or whoever Trump appointed to manage this project, didn’t do their due diligence, so they didn’t even know that they were dealing with brokers and not manufacturers. These geniuses entered into contracts for masks, paid over 700% above market price, and they didn’t even get the masks. That sounds horrible, but that’s not the worst part.

Donald Trump decides that spending all of this money on masks is inefficient. And if there is one thing Trump knows is efficiency. “Why are we (I mean the medical people because I can’t wear a mask) buying all of these masks, wearing them once, and then throwing them away? Can’t we reuse them?”

He must have said this to enough people because right on cue, in walks a Columbus, Ohio based business: Battelle. If you go to their website, you see that they are a nonprofit applied science and technology company. When they were founded in 1929, they originally focused on contract research and development work in the areas of metals and material science.

Don’t let all of that dissuade you. The Boston Globe reported in April of this year that Battelle was bringing to market game changing technology called the CCDS – Critical Care Decontamination System. This bleeding edge tech was supposed to sterilize the N95 masks for up to 20 uses before they needed to be discarded. Their system accomplishes this by using concentrated hydrogen peroxide vapor to decontaminate N95 masks. The initial cost of decontamination was projected to be about $3.25 a mask, but that figure was expected to drop as these machines are placed around the country.

A cost of $3.25 per mask isn’t .69 cents per mask, but it is certainly better than the $5.50 per mask price from Panthera. Plus, you have the added advantage of getting more use out of each mask with this process. You know that there’s a catch. Right?

On May 20, 2020 NBC News published: “Trump administration paying huge premium for mask-cleaning machines. Which don’t do the job.” Just to give this further context, the Boston Globe article announcing this game changing technology was published on April 2. At the time of this writing two months haven’t passed.

So what happened?  The original deal was for the government to purchase 60 machines for $60 million dollars. Now a few select hospitals would have their own machine to sterilize masks for up to 20 uses. However, according to notes from the Coronavirus task force, the cost ballooned after a few days to $413 million. By May 1 the Pentagon estimated the cost closer to $600 million dollars, principally because it was a no-bid contract. That $5.50 per mask at a cost of $55 million is starting to sound like a deal.

Furthermore, according to nurses the masks started to degrade after two or three cycles, not the 20 cycles promised by Battelle. I could analyze what happened for you, and you’re free to read it at the NBC link above, but I think we get the point.

One night after a big meal, a gluttonous, corpulent, imbecilic Trump heard about a deal. The deal of a lifetime. Thinking himself to be the smartest person in the room, he negotiated a great deal that would demonstrate to all around him of his magnificence. But much like the person who rushed out after Thanksgiving dinner to buy the 75-inch television for $299.00 dollars, only for it to stop working a few months later and having to replace it with the thousand dollar television that he should have bought in the first place, Trump has been snookered again.

Ever looking for the better deal for a branding opportunity, Trump and company went from .69 cents per mask, to $5.50, to $3.25, to over half a billion dollars for what would have been on the high side $55 million dollars for ten million masks. Don’t look down your nose at Trump too quickly. He doesn’t care because he isn’t spending his money. He’s spending yours.

So I ask again. Is Trump gullible, stupid, or both? I think that he believes that he is far smarter than he is, which makes him gullible. That he continues to not defer to people who are smarter than him after seventy plus years of failure after failure makes him stupid. Unfortunately he is impacting more than a few bond holders in a casino or condo applicants in one of his buildings. Trump is impacting the entire globe along with every government and human being in it.

This is what makes Trump so dangerous. People are hungry, so he’s manipulating food shortages. People lost their jobs and were told to shelter in place, so Trump is selectively helping red states while people are contemplating rent strikes in blue states. Furthermore, Trump is purposely inciting violence against government in blue states, while asserting his federal rule is supreme. His campaign is attacking black voters, assaulting the press, and alienating our allies and partners around the globe.

For those of us who survive the Trumporonageddon, please vote blue this November.