I’ve written before that if you pay attention to the news, stories usually come in pairs and show how obvious the different treatment of citizens of different races is in our society. I don’t blame the media as it would be impossible for even a twenty-four hour news channel to cover every single story in the country. But this story popped up in my news feed, and I had to write about it.

I have written about Ahmaud Arbery, Breonna Taylor, and George Floyd recently. All of these individuals were murdered by active police officers, or in the case of Arbery a previous police officer. Arbery was jogging, Taylor was asleep, and Floyd was allegedly passing a counterfeit bill. None of these individuals deserved to die. They were all completely innocent, but were murdered anyway. That’s why this next story is especially enraging.

“We want you to be able to tell your story. We are here to listen to you. Your parents, your friends, all of us back here in Connecticut, want a peaceful end to this,” Lt. John Aiello said at a news briefing Tuesday. Aiello continued, “We know this is not who you are.” The family’s attorney also plead with Peter. “Peter, from your parents, who love you, please turn yourself in.”

What did Peter do? What crime could he have committed?  According to the article the police obtained evidence through interviews that Peter walked behind a Walmart and other businesses onto a set of railroad tracks. Also, he had a duffel bag full of guns he stole from a home invasion in Connecticut.

Apparently Peter was able to travel freely through Connecticut, New Jersey, and Pennsylvania over the course of several days by using Uber, as he didn’t have a car. So we have breaking and entering, theft, and evading police. Sounds like a pretty serious criminal. Wait, there’s more. The family attorney has another message for Peter.

“Now Peter, if you’re listening, you are loved. Your parents, your sisters, your entire family loves you. Nobody wants any harm to come to you,” Dolan said. “It is time to let the healing process begin. It’s time to surrender. You have your parents and your sisters and your family’s entire support.” You’re probably still wondering what did Peter do?

Peter was on the run for two murders and an abduction. He killed a 62-year-old man and injured another with a knife.  That was on Friday morning. Sunday another man was found dead in his Derby home who was actually an acquaintance of Peter’s. Peter also stole his car. It was during this murder and auto theft that Peter abducted someone who was later turned to their family unharmed.

Of course while the manhunt was ongoing for Peter, the family attorney had to make the mandatory disclaimer for anyone who thought that Peter was dangerous and should be apprehended as such. “You won’t be surprised to hear that Peter has struggled with mental health issues over the past several years,” Dolan added. “He sought the help of a number of therapists and he’s had the support of his parents and loved ones to help him through those struggles.”

So Peter had murdered two people, abducted a third, stolen a car and weapons, stabbed another man, and is on the run with a duffel bag full of guns. But to hear the police and the family attorney speak, this was just a mentally challenged kid who just needed a loving word to convince him to surrender. All will be forgiven.

Well, you’ll be happy to know that after a six-day manhunt, Peter was arrested without incident. That’s right. Peter, age 23, was taken into custody Wednesday evening in Maryland. He was located in the woods by a gas station and was taken into custody without incident. There were no injuries to law-enforcement personnel or Peter. Police stated that a motive for the attacks is still unclear.

So here’s the question that keeps playing in my head. Arbery was murdered while jogging and it took 70+ days for the perpetrators to be arrested. Breonna Taylor was asleep at home when she was murdered, and the police officers are on administrative leave (with pay I’m sure). George Floyd did commit a crime, but he was murdered in slow motion with a police officer’s knee on his neck for upwards of seven minutes while handcuffed laying on the ground shirtless.

Peter Manfredonia kills two people, stabs a third, abducts a fourth, steals a car, and is known to be armed and dangerous with a duffel bag full of weapons.  Miraculously he is taken into custody without a scratch. Just for further context here are pictures of Peter, Ahmaud, Breonna, and George. Can you guess which one is which? I’ll give you a hint. The one who should be dead is alive and white. 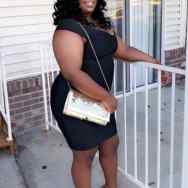 If you want to read about solutions, read Fuck The Police.