Donald Trump has accused many people of committing treason.  Many people. He has accused President Obama, Adam Schiff, the FBI, and many others. While he has verbally made this accusation, his medium of choice has been Twitter. Here is a golden oldie from the impeachment trials. 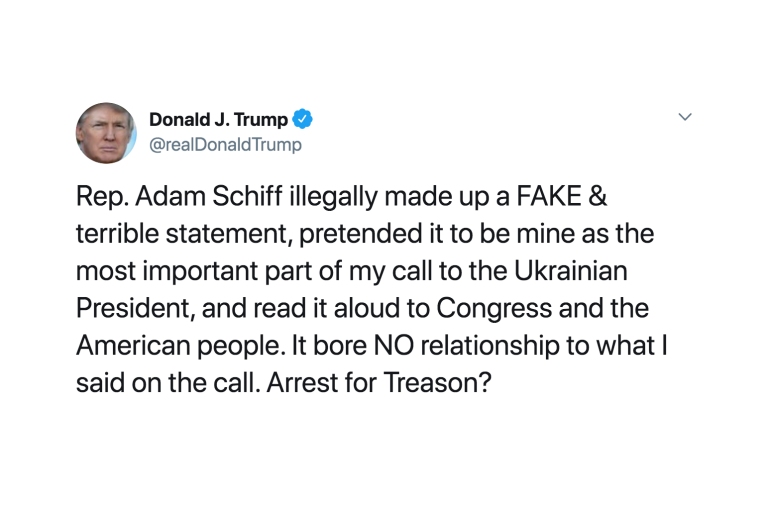 Trump coined the phrase Obamagate and said that was treason. He didn’t explain it and no one knows what he’s talking about. One could infer that Trump is accusing Obama of treason because Trump believes that Obama ordered the FBI to investigate the Trump Campaign for colluding with Russia. Whether or not that happened, and if it’s a crime, it’s definitely not treason.

Article III Section 3 of the Constitution clearly defines treason as follows: Treason against the United States, shall consist only in levying war against them, or in adhering to their enemies, giving them aid and comfort. No person shall be convicted of treason unless on the testimony of two witnesses to the same overt act, or on confession in open court.

The Congress shall have power to declare the punishment of treason, but no attainder of treason shall work corruption of blood, or forfeiture except during the life of the person attainted.

Perhaps this is a window into Trump’s authoritarian tendencies. He thinks of himself as the state. Perhaps his failing cognitive abilities have allowed him to form such an illogical syllogism:

Crimes against the state are treason.

As president I am the state.

Crimes against me are treason.

On its face this seems utterly preposterous, but you needn’t conduct a lifetime of case studies of Donald Trump to conclude that he might very well believe this.

The above referenced section of the Constitution allows Congress to define the punishment for treason and Congress has long since since codified the Punishment for treason as follows: Whoever, owing allegiance to the United States, levies war against them or adheres to their enemies, giving them aid and comfort within the United States or elsewhere, is guilty of treason and shall suffer death, or shall be imprisoned not less than five years and fined under this title but not less than $10,000; and shall be incapable of holding any office under the United States.

Those two punishments have always seemed like extremes to me: death or 5 years in prison with a $10,000.00 fine. It should go without saying that if you’re convicted of treason that you can’t serve in office.  However, I can imagine that Trump supporters would vote for him again if given the chance.

Which inexorably leads us back to Russia. The story is continuing to develop, but here it is in a nutshell. On Friday July 26th The New York Times published a story in the early evening entitled Russia Secretly Offered Afghan Militants Bounties to Kill U.S. Troops, Intelligence Says. I immediately realized that if true, this would be the end for Trump’s presidency, but no one was talking about it. Then Rachel Maddow discussed it on MSNBC during her 8:00 PM CST show. Since Friday the story has followed its normal Trumpian chronology.

Step one: denial. Trump didn’t know anything about it. No one in the intelligence community shared the information with him, ever. Friday’s story broke that the information was shared with Trump in spring of 2020. The story has since evolved that Trump was told about this in the spring of 2019. Trump wants you to believe that this story of Russia paying Afghani troops to kill American and Coalition soldiers has been discussed in the intelligence community for over 18 months and no one has mentioned it to him.

The story has only intensified since last week. Today is Wednesday and Trump has moved on to step two: circle the wagons. This is when he goes to Twitter to voice his concerns. This morning he retweeted the following:

Trump wants you to believe that the intelligence community has been investigating a “hoax” for 18 months. According to The New York Times The crucial information that led the spies and commandos to focus on the bounties included the recovery of a large amount of American cash from a raid on a Taliban outpost that prompted suspicions. Interrogations of captured militants and criminals played a central role in making the intelligence community confident in its assessment that the Russians had offered and paid bounties in 2019, another official has said.

Just for further context here is a picture of Afghanistan. 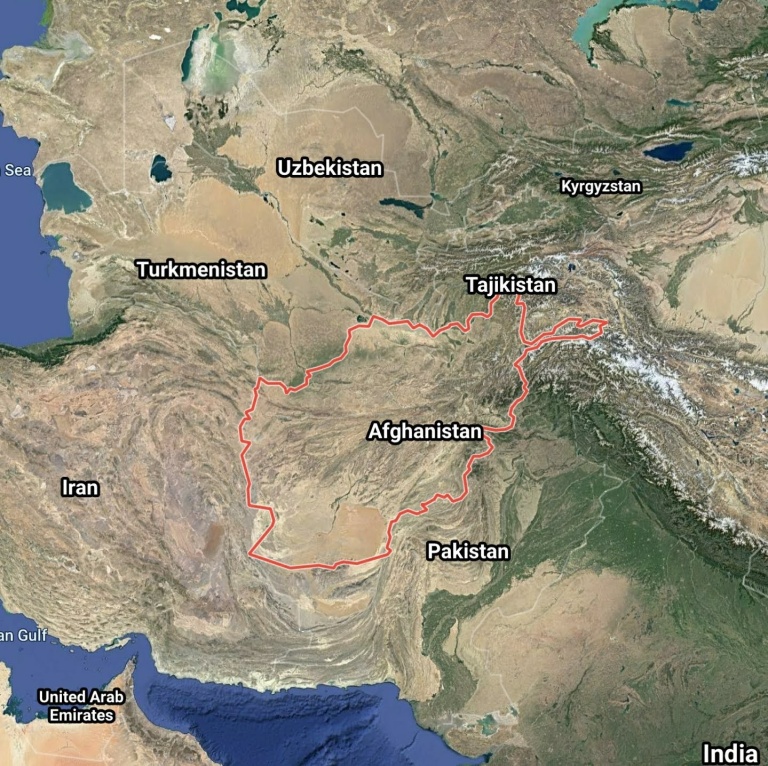 Look at Afghanistan and the surrounding countries. This question seems obvious to me. Where would the Taliban get a large amount of American currency? There are not any ATMs in the mountains of Afghanistan, and even if there were they are not dispensing American currency.

Let’s review. Russia, who Trump has attempted to broker reentry into the G7, has possibly been paying the Taliban in Afghanistan to kill American soldiers. Trump has possibly known about this for a year and a half. Trump has been given possible retaliation plans that he has refused to implement. And now he is denying having any knowledge of any of this having transpired. If Trump was never told, someone should be fired. If Trump did know, this sounds like giving aid and comfort to enemies of the United States. This sounds like giving aid to another country levying war against the United States. This sounds like treason. I will take it a step further. If these accusations are proven to be true, this IS treason.

So we need a confession from Trump, or the testimony of two witnesses. There will be dozens if not scores of witnesses who will gladly testify. Furthermore, treason is a federal crime. If these charges are filed, this will be prosecuted in court. The Republicans in Congress won’t be able to bail him out of this one.

I predict that this story is not going to go away. By the end of the summer Trump’s support will continue to erode. His poll numbers will be around 30% support by summer’s end. His only chance is to resign and have Pence pardon him, if he doesn’t try to pardon himself. However, if these allegations are true, no one is going to put their reputation on the line for a convicted traitor. Benedict Donald will be the Trump legacy. Good riddens.

6 thoughts on “Did Trump Commit Treason?”