Throughout human history mankind has always had a fascination with superhuman abilities. In the old testament of the Bible, there was the character Samson. He had superhuman strength and was known to defeat armies by himself. Fast forward to the Greeks and they had Hercules. He was a variation on the same character of Samson.

Those characters were based on a belief in gods and there ability and willingness to imbue humans with their extraordinary abilities. In the twentieth century we accumulated a greater understanding of science. We discarded our antiquated notions of gods giving powers to humans, but not the idea that humans have unrealized potential for strength, speed, flight, etc. We modified our lexicon to include a new term: superhero.

We traded in characters like Samson and Hercules for new ones like Superman and Thor. This isn’t a Marvel vs. DC comics discussion, but the Marvel movies have certainly been more popular and made more money. In fact the most popular movie of the superhero genre is The Avengers. The leader of this assemblage of characters is Iron Man.

He stands out from the others because he doesn’t really have any super powers. What makes him special is that he’s brilliant and rich. Very rich. He uses his fortune to use technology to give him abilities that other characters have naturally.

Although the Avengers are completely fictitious, there is one man who is the real life embodiment of Tony Stark. Elon Musk.  You don’t believe me? Read Elon Musk: the real-life Iron Man published in The Guardian, or Elon Musk may or may not actually be Iron Man, or How Elon Musk Became The Real Life Iron Man. There are scores of comparisons of the fictitious character and the real man. And why not?

Elon Musk is the CEO of Tesla. Tesla is the first automotive manufacturer to create 100% electric cars. Luxury cars. People send upwards of $100,000.00 to own a Tesla. On Friday July 10 Elon Musk became the third richest person in the world surpassing Warren Buffett because Tesla’s stock price rose 10.8%.

He also owns The Boring Company. In short this company creates tunnels underground to supplement highways and decrease traffic. Who needs to grit lock and bumper to bumper traffic during rush hour? Just access the nearest tunnel and get to your destination in half the time. His most ambitious project is connecting O’Hare airport to downtown Chicago. 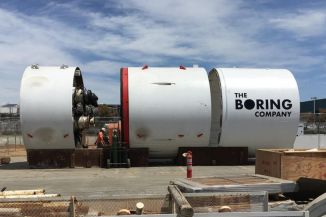 Did I mention that you would be able to get between the two locations in 12 minutes? If you have ever visited Chicago on business, or if you live in Chicago, you realize that commuting from the airport to downtown in 12 minutes is not just a game changer, it’s a revolution!

Elon Musk owns Solar City which has been folded into Telsa. This division creates photovoltaic technology. Solar panels. So what? Solar panels have been around for decades. Elon has taken it to another level. First his company has created solar panels that have the appearance of roof tiles. This is more than just aesthetics. These PVs perform better by converting a larger spectrum of EM (electromagnetic) radiation. That means they are more efficient. This system is fortified with another Tesla technology: a Powerball. Basically a large lithium ion battery. Think of the battery in the cell phone that is large enough to store enough energy to run your house. This is the bridge between solar panels and large scale adoption that has finally arrived. With a Powerball if the sun doesn’t shine for a few days, if it’s raining or snowing, it doesn’t matter because you have energy stored up until the sun shines again. And with solid state battery technology right around the corner, this is only going to continue to penetrate the global market. 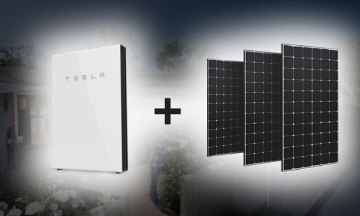 Elon Musk also owns Space X. This company has completely changed the space industry principally due to the invention of recoverable rockets. You can do a quick search on Google or YouTube and find the videos of his rockets that take off, enter LEO (Low Earth Orbit), and land vertically back on Earth. Older rockets were used once. That made space launches expensive. Rockets that cost millions of dollars that are only used once? That seems crazy today. SpaceX has perfected this technology so rockets can be used repeatedly and they turn time is days. This has driven down the cost of launching objects to space by orders of magnitude. 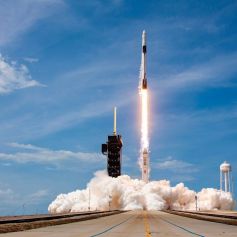 Which brings us to the last project that I will discuss today: Starlink. Starlink has the goal of launching a constellation of satellites into LEO with the objective of creating the first global, low latency, broadband internet network. Think about this! My daughter went to Spain after graduating from her senior year in high school. Verizon is my cellular provider. When my daughter went to Spain, I signed up for their International Pass so that she could use her phone as normal along with data and text. The cost was $10.00 per day. Since it was her first trip, I didn’t want her to worry about getting a SIM card for a 7 day trip.

Imagine using Starlink along with a few apps like Google Voice and What’sApp. If Starlink offered an aggressive enough plan, Starlink could decimate the global cellular industry over night. Comcast, Xfinity, TWC, and every global internet provider would be obsolete. No need for hotspots. We could finally have a global communication network. An additional 3+ billion could join the information age. The playing field surrounding access to information would be level for the first time in history.

I cannot overstate the magnitude of this opportunity. This truly has the potential to unlock the potential of mankind in a way that we have never been able to access. This is why Elon Musk is Tony Stark. The fictitious character used his brilliance to benefit mankind. Elon Musk is better because he is doing the same thing, but better still, Elon is real.

So what do you think? Is Elon Musk a hero or is he hype? Can Starlink change the course of mankind? Which of these companies do you find the most exciting? Is there someone else who is the real Tony Stark?