I have made a lot of predictions this election cycle. A year ago I predicted that Joe Biden would be the Democratic nominee for president. I was met with much resistance to my opinion. One year ago the far-left progressive democratic Sanders supporters were sure that Bernie Sanders would receive the much deserved nomination that was “stolen” from him in 2016. Joe Biden is the Democratic nominee.

I predicted that Joe Biden would receive up to 400 electoral votes this November. That prediction was met with much resistance as many Democrats believed that Donald Trump was favored. That was before Covid-19, the tanking of the economy, and the loss of tens of millions of jobs. The electoral college count as it stands today has Joe Biden receiving 334 electoral votes. To add insult to injury for the Republicans, states like Iowa, Ohio, Texas, and Georgia are now toss-ups. We have less than 90 days to know the actual result.

I also made another prediction over a year ago about who Joe Biden would choose for his vice presidential running mate. According to the political pundits the race is down to Susan Rice and Kamala Harris. I predicted over a year ago that Kamala Harris would prevail. Susan Rice has a robust resume. However, Benghazi continues to be a millstone around her neck. Not that it’s her fault, but we cannot allow that particular data point to retard the momentum the Democratic party has achieved to date. 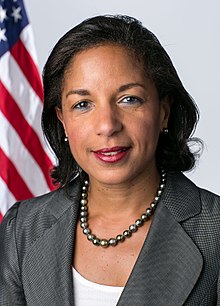 Kamala Harris was the attorney general in the largest state in the country, she has been a formidable Senator questioning Republicans during the impeachment of Donald Trump and the Brett Kavanaugh hearings, and she presented very progressive ideas during her own short-lived presidential campaign. I also believe that she will engender the enthusiasm that has seemingly lacked to date for Joe Biden.

Joe Biden is expected to announce his vice presidential pick this week. I said it over a year ago on the Ben Jarovsky Show and I am saying it again today. Kamala Harris will be the Democratic nominee for vice president, and I also predict that she will be the first African American female going to office as the 46th vice president of the United States.

What do you think? Is there a better candidate?